Cuckoo in the nest 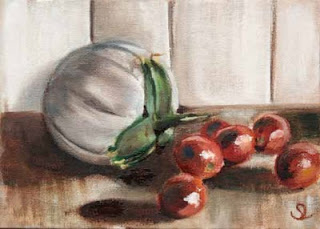 This year I built a small raised bed by the back door. I filled it with compost, last years leaves, two bags of manure and some peat moss. I planned on a nice orderly vegetable bed with some spinach and some onions, perhaps one or two tomato plants. I bought an aubergine and planted it in the far corner and added onion sets and some spinach seeds. All went well until the tomato seeds in the compost began to sprout. At first I thought I would just let one or two of the healthier plants stay and I diligently weeded most of them out but as the summer progressed I am afraid they have gotten the better of me. I now have a large tomato jungle with at least 3 different varieties, Beefsteak, Roma and Cherries.

The aubergine has long been overgrown and almost hidden at the back of the bed. It didn't seem to be setting any fruit and it was too inaccessible to be hand-pollinated. Today as I was picking my first tomatoes I noticed something on the ground in the far corner, it was large and white and I thought maybe it was a mushroom. I don't remember the variety of eggplant being white, or round, but that seems to be what I have. I have no idea whether it is edible but I intend to give it a try. The tomatoes are delicious! 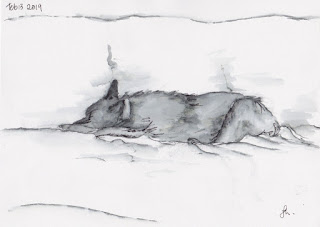 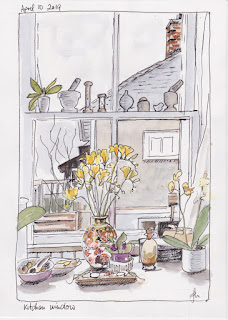